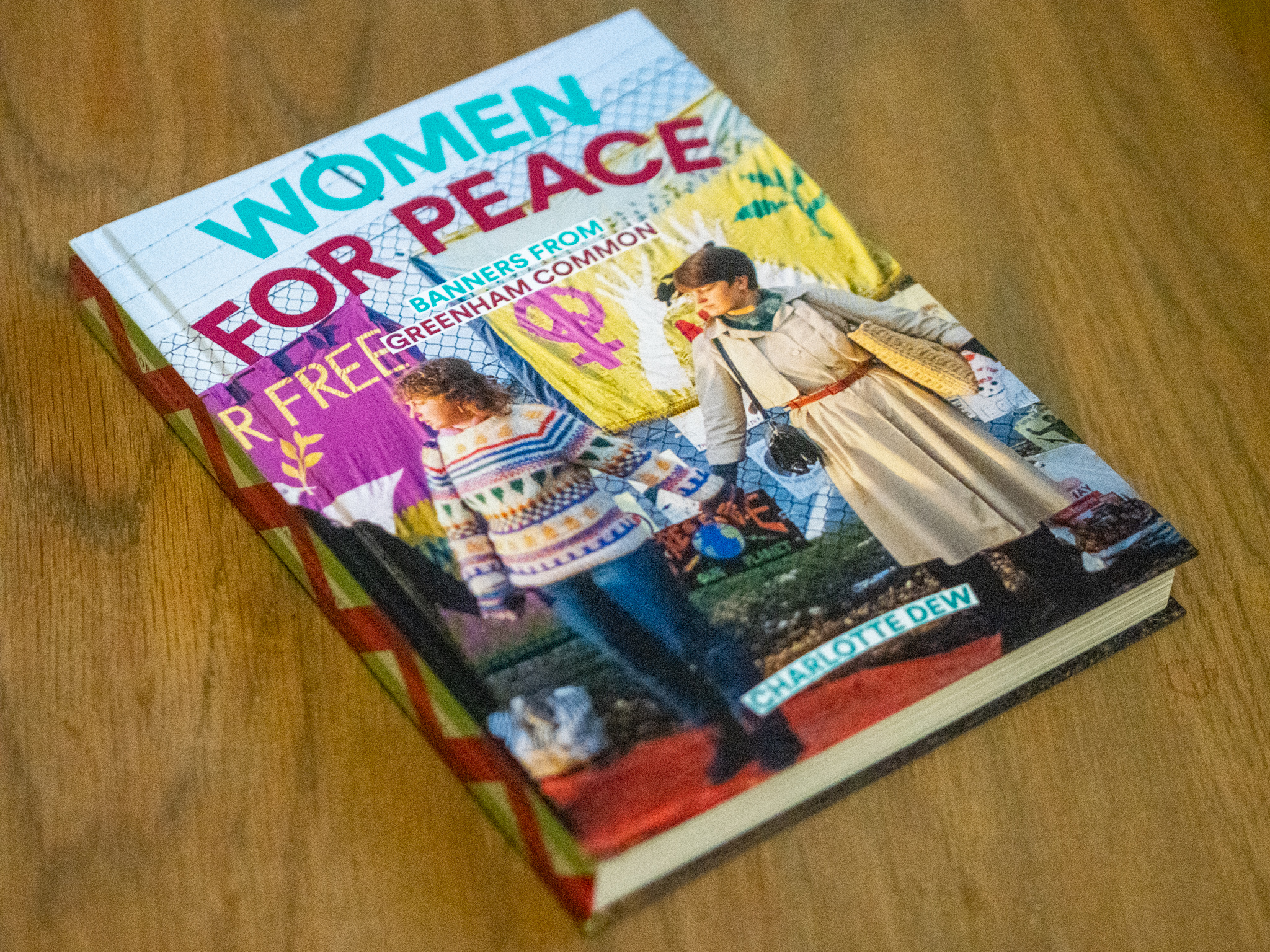 Women for Peace: Banners from Greenham Common (Four Corners Books, 2021) is the latest in the publisher’s Irregulars series, which seeks out overlooked and underground British art and design from the 20th century.

In some cases, the work is overlooked because the creator’s primary intention was not to create a piece of art, but rather to achieve a specific goal – so they may not have seen themselves, or been seen, first and foremost as artists.

This is the case with the banners featured in Charlotte Dew’s book, which were created as part of the long-running anti-nuclear protest held at RAF Greenham Common, which began in the early 1980s. However, while the protest banners were created as functional objects, taken out of context they can also be viewed as works of art.

The timing of the book’s release coincides with the 40th anniversary this month of the original protest activity that led to the Greenham saga. In response to the deployment of US nuclear missiles on UK soil, a group of women marched form Cardiff to Greenham Common, with some chaining themselves to the fence of the airbase. From there, the protest grew to become a ‘Peace Camp’; over the next few years, it developed into a women-only camp that would maintain a permanent protest and vigil outside the base for 19 years.

Women for Peace is packed with striking and vibrant images of banners created during the Peace Camp. These range from simple slogans (“We say NO to Cruise Missiles”, “We Have a Dream”), to more complex artistic statements. They are also created using a variety of techniques and materials, including simple sewn and hand-painted banners, as well as more unusual styles such as stitched appliqué designs. The banners are interspersed with contemporary photos and related, non-banner artwork.

Some of the images I was most immediately drawn to depict life at the camp – protestors blocking a road, huddling round a fire in the snow, and being violently dragged away by police. Also present are geographical banners representing groups from all over the UK, and different organisations, such as CND, Christian CND and END (European Nuclear Disarmament).

Charlotte Dew’s accompanying text contains a wealth of detailed description of not only how the banners were made, but the anti-nuclear and feminist symbolism (literally) woven into them. This reflects the author’s day job as a curator specialising in 20th century craft. Peace Camp banners are set in the wider context of those created by the labour and women’s movements in the first half of the 20th century. She also provides insight into what it was like to live at the Peace Camp, and how the development of the women’s banner art was influenced both by day-to-day life and by national – and international – events.

The quality of the book and attention to detail is outstanding. This includes everything from the accompanying text to the physical feel of the book, the balanced layout and the colour reproduction of the images.

As you may know, my own book, Nuclear War in the UK, was an earlier volume in the publisher’s Irregulars series, of which Women for Peace is the eighth book. I originally got in touch with Four Corners because I had been so impressed by an even earlier book in the series, David Clarke’s UFO Drawings from the National Archives. The time, thought and care they put into all their books is reflected in how well each one turns out, and Women for Peace is certainly no exception. If you have any interest in the peace/protest movements, feminism, folk art, and 1980s nuclear politics, I strongly recommend picking it up.

Buy Women for Peace from the publisher or on Amazon.