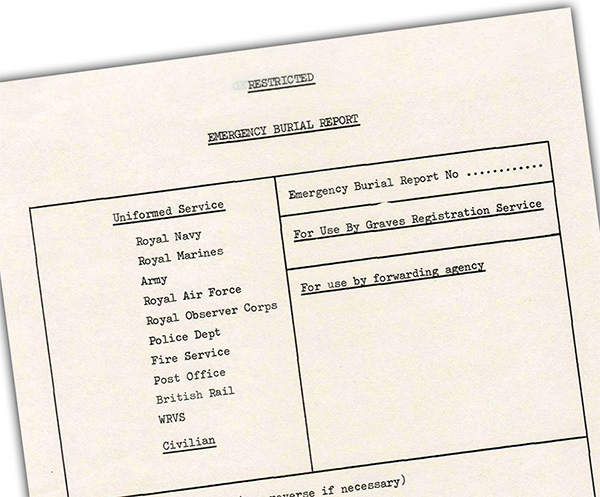 In August 1979, the Ministry of Defence published the “Joint Service Manual of Home Defence”. This document, classified as Restricted, provided instructions to the UK armed forces on the defence of the UK in the event of a war, with a strong focus on nuclear attack.

Part of the military aid it was envisaged they would provide to the civil authorities was assisting with the burial of the dead. The manual insists scrupulous records should be kept, and even provides a form to complete for each corpse.

The dead were to be treated with respect, and – curiously – the guidance was to bury them with a view to recovering the bodies later:

The only acknowledgement that burying bodies after a nuclear strike might pose some practical issues comes later:

You can find out more about plans for dealing with the dead after nuclear attack in my article for the Wellcome Collection.