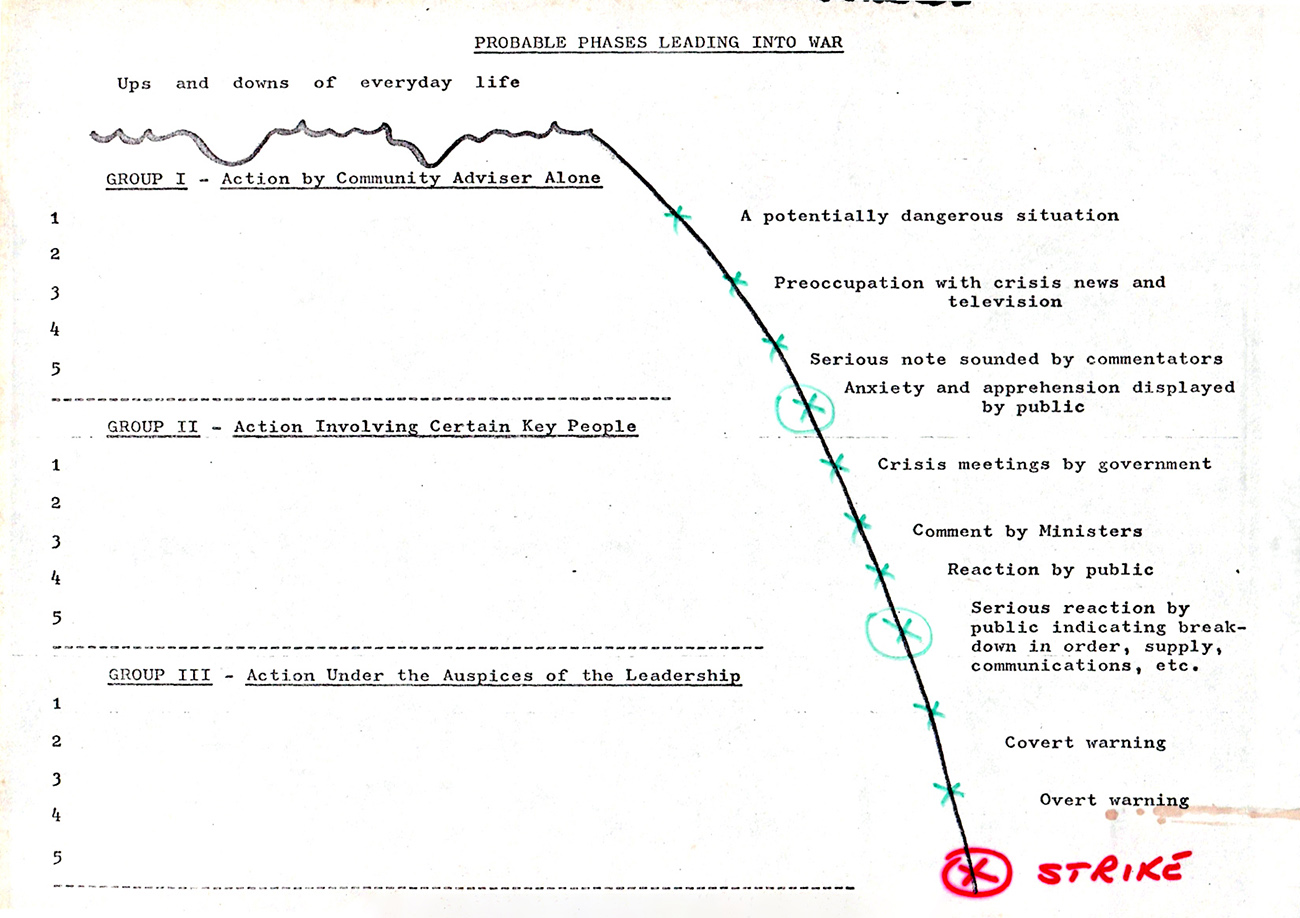 This unusual diagram shows the shape that Wiltshire County Council believed the descent into nuclear war would take. Officials prepared the confidential document in the late 1970s to help train ‘community advisers’ – volunteers ready to help in time of crisis leading to a potential nuclear attack.

The chart is a reminder how quickly things could have escalated from ‘the ups and downs of everyday life’, through a bad international situation, concern among the public and in parliament, the breakdown of order as the public started to panic, and finally the attack itself.

It comes right at the end of Wiltshire County Council’s ‘War Emergency Guide Book’. Mostly compiled between 1966 and 1979, this was a chunky folder which contained action plans for the county before, during and after nuclear attack. Covering everything from feeding the homeless and ‘re-establishment of an orderly society’, to disposal of the dead and summary justice, it would have been distributed to a strictly limited audience of council officials, emergency planners, civil defence volunteers and emergency services.

By the early 1980s, such ‘war books’ were a created by local authorities under obligation from central government. While many left-wing councils saw it as an opportunity to protest what they saw as pointless and harmful civil defence measures, some right-leaning councils took on the task with considerable zeal. Wiltshire County Council fell squarely into the latter category.