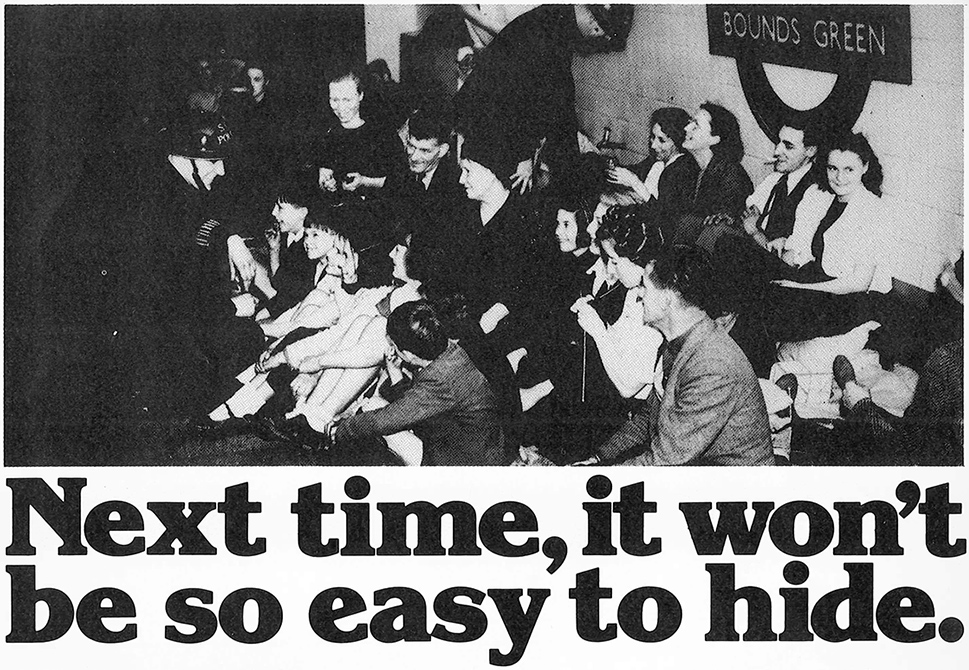 This ad for nuclear bunkers, which appeared in 1981, pits the popular notion of the Blitz spirit against the grim reality of nuclear attack.

In doing so, it makes the earlier bombing of London seem something of a light-hearted game of hide-and-seek.

Ramping up the reader’s fear further, it describes – rather vaguely – the failings of the British civil defence programme, versus the large-scale preparations rumoured in Russia and China. Civil bunker-building efforts in neutral Sweden and Switzerland get a look-in, too, as the pitch questions whether the reader values their personal safety enough to buy a bunker.

The ad was placed by Luwa, a Swiss manufacturer of bunkers and associated ventilation systems. It plays heavily on the company’s expertise, its investment in research and development, and its close association with the Swiss government.

Apart from helping wealthy and paranoid homeowners construct their own shelters, Luwa components could also found in a few local authority bunkers in the UK (such as this one at Godalming) – and were more recently discovered in bunkers built for Libyan dictator Muammar Gadaffi.