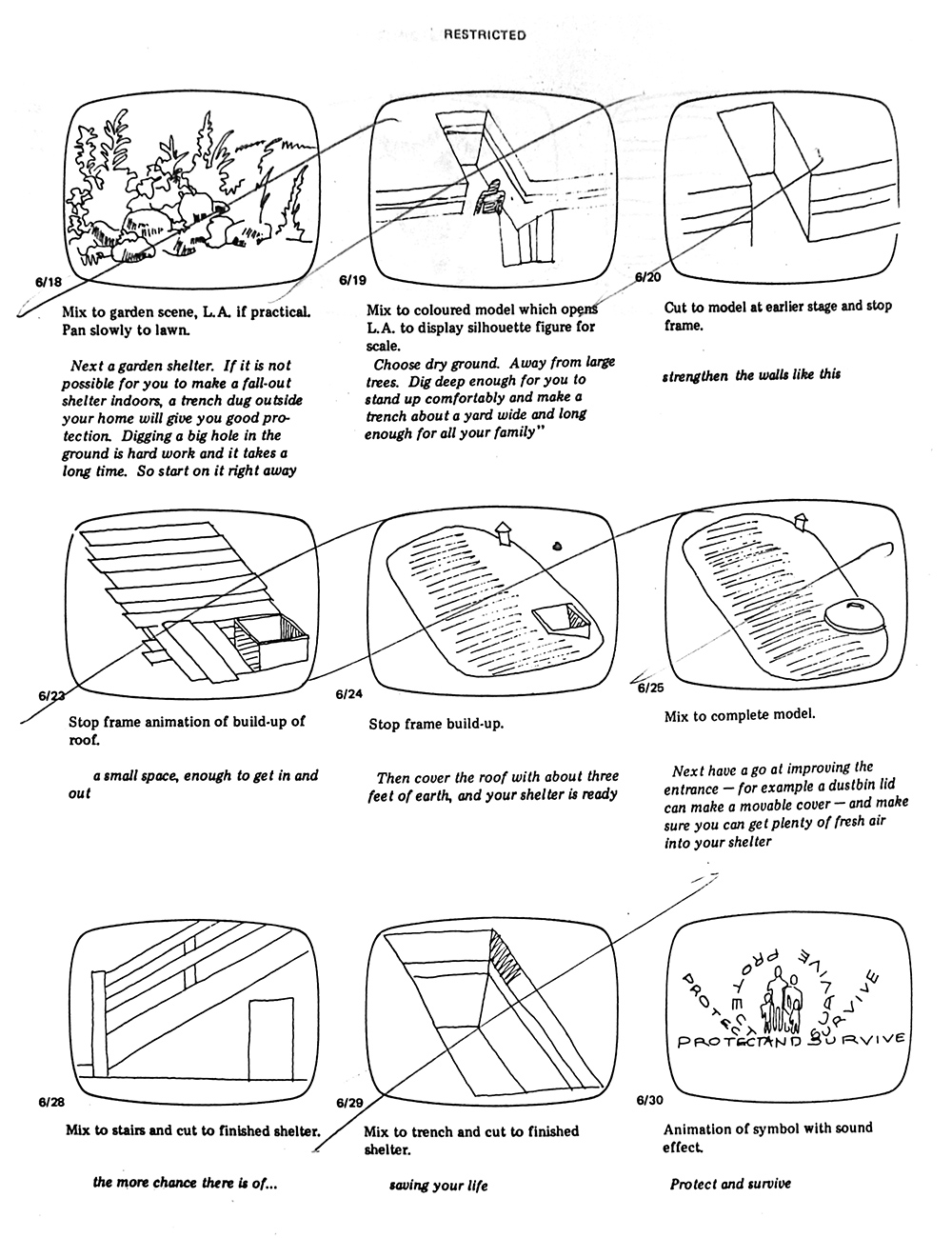 Following on from my last post about the Domestic Nuclear Shelters pamphlet, it’s interesting to note that there was a scene planned for the Protect and Survive films about making an outdoor fallout shelter. However, the scene was scrapped at the storyboard stage.

The unfilmed segment would have shown the construction of a makeshift nuclear bunker for your family. It was set to appear after the door-frame ‘inner core’ instructions in the Refuges episode.

“Dig deep enough for you to stand up comfortably, and make a trench about a yard wide and long enough for all your family”

Here’s the Refuges film as it finally appeared: