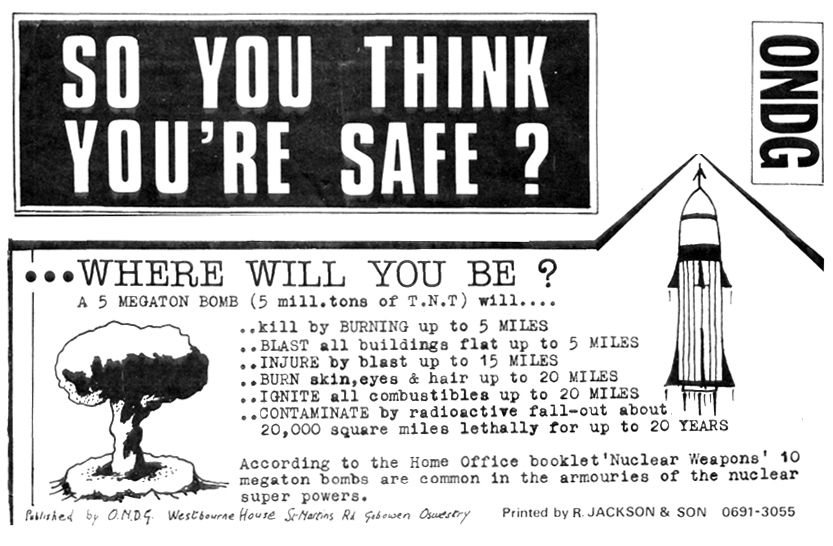 This early 1980s protest flyer was handed out by members of Oswestry Nuclear Disarmament Group (ONDG).

Oswestry, found in Shropshire near the Welsh border, was under threat because of the nearby Criggion Radio Station. Criggion transmitted messages to British nuclear submarines, making it a potential target for attack in a war with the USSR.

As well as providing anti-nuclear viewpoints and information, the leaflet acted as a recruitment tool for new members for ONDG.