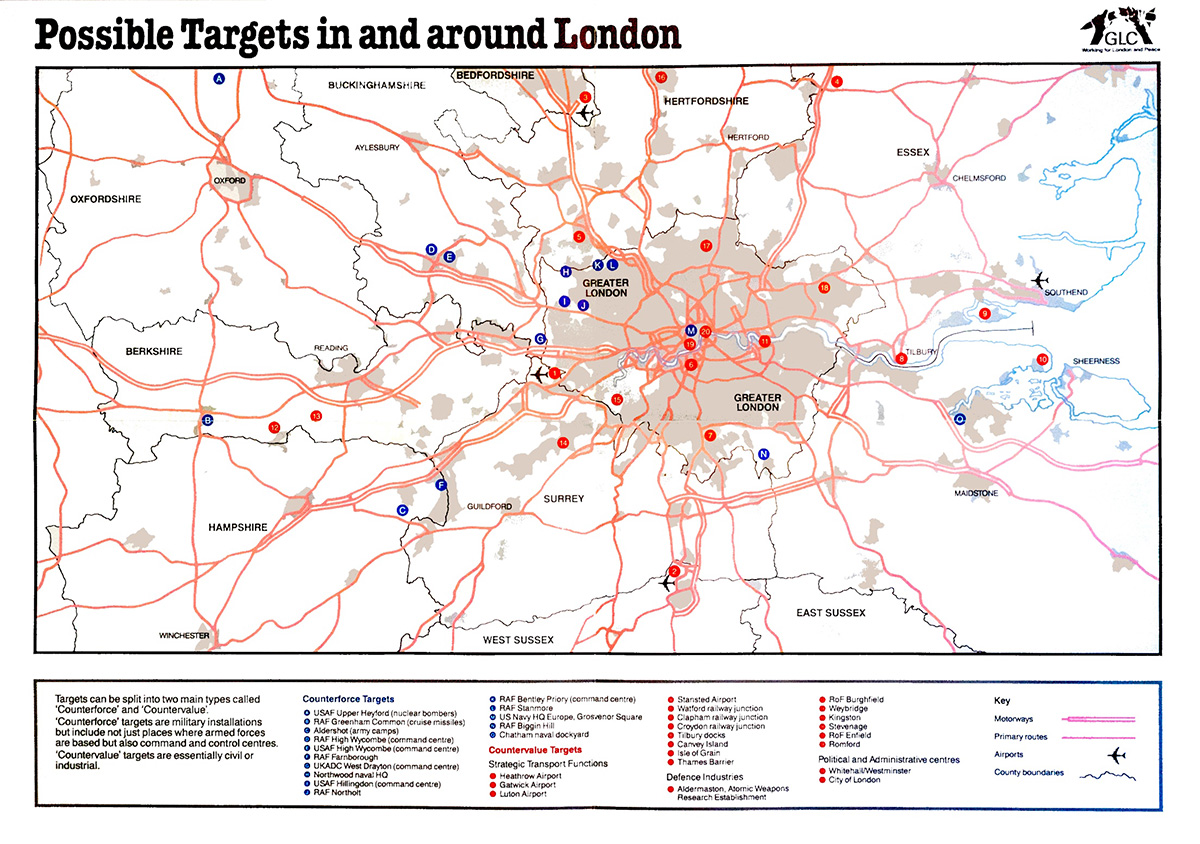 For #LondonHistoryDay, here’s a very special map of London.

Produced by the Greater London Council (GLC) in 1985, it shows potential targets for Soviet nuclear weapons. You can click the map above to zoom in.

The GLC – whose nuclear policy team are shown above – were vociferous opponents of the UK government’s views on Civil Defence. This map was created as part of a whole host of materials making their case. I’ll cover more bits and pieces from GLC in future posts.