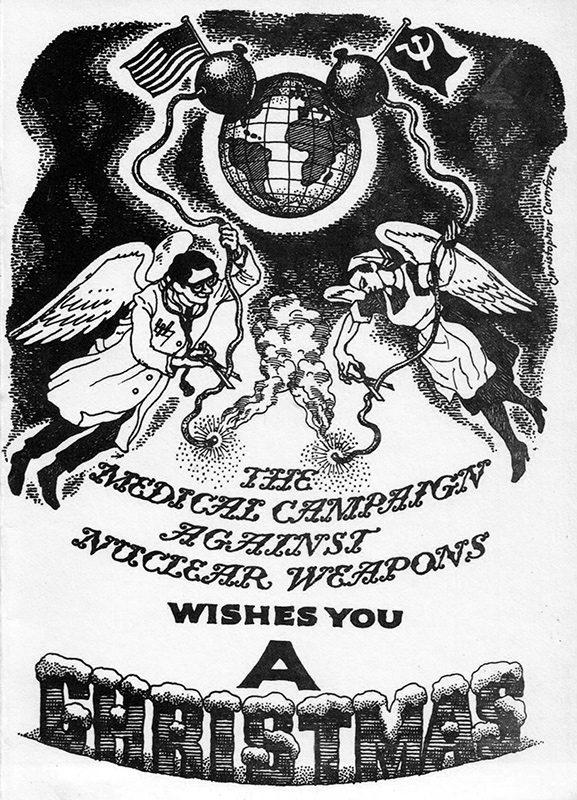 The Medical Campaign Against Nuclear Weapons (MCANW) was formed in 1980 as an organisation for medical professionals concerned by nuclear weapons.

The card was designed by Professor Christopher Cornford, a highly-accomplished artist, writer and active CND member who designed posters and drew for the peace movement.

MCANW merged with the Medical Association for the Prevention of War (MAPW) in 1992 to form Medical Action for Global Security, or Medact. Today, they focus on health, peace and security, economic justice, the climate and human rights. Medact’s (and MCANW’s) archives are looked after by the Wellcome Collection in London.